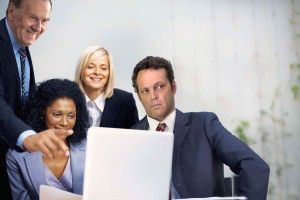 Another great ruling out of Florida’s Appellate Courts that we will be relying on in defense of consumers in foreclosure cases all across Florida!

Achieva filed a foreclosure complaint against the Hatadises in December
2011. The Hatadises argued as an affirmative defense and later in their motions for
summary judgment that Achieva had failed to comply with the specific requirements of
paragraph twenty-two of the mortgage. Specifically, the Hatadises pointed out that
paragraph twenty-two required Achieva to give them thirty days to cure the default
before acceleration but that instead the October 2011 letter stated the loan had already
been accelerated and the default needed to be cured immediately. The court denied
Mr. Hatadis’s motion for summary judgment, determining that “paragraph 6 of the
Forbearance Agreement signed by [Mr. Hatadis] waived the necessity for [Achieva] to
comply with paragraph 22 of the mortgage concerning the default and acceleration
notice.” Ultimately, the court granted summary judgment in Achieva’s favor, and the
Hatadises filed this appeal challenging the circuit court’s determination that they waived
their right to notice under paragraph twenty-two of the mortgage when they signed
paragraph six of the forbearance agreement.
“When interpreting a contract, the court must first examine the plain
language of the contract for evidence of the parties’ intent.” Murley v. Wiedamann, 25
So. 3d 27, 29 (Fla. 2d DCA 2009). The goal in construing the contract language is to
reach a reasonable interpretation of the entire agreement in order to accomplish its
stated purpose and meaning. Id. “[W]here one interpretation of a contract would be
absurd and another would be consistent with reason and probability, the contract should
be interpreted in the rational manner.” BKD Twenty–One Mgmt. Co. v. Delsordo, 127
So. 3d 527, 530 (Fla. 4th DCA 2012)).