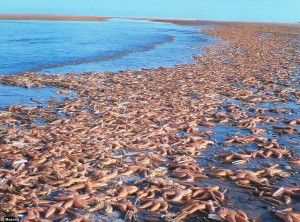 A child is walking along the beach where thousands of starfish have washed ashore.   Sadly, the starfish will all certainly die. As the child sees this, he begins picking up starfish one by one and tossing them back into the sea so they might live.   An old man watching this walks up to the boy and says, “Why are you wasting your time, there’s so many, you can’t make a difference.” To this cynical comment, the optimistic boy replied just as he was throwing a starfish back in the water…

“I just made a difference to that one.”

I thought about this as I sat in court today where judges were granting summary judgments one after the other in cases where homeowners are not represented by counsel.   For me the real tragedy is that such a small percentage of homeowners actually retain an attorney to defend themselves in foreclosure.   Based on the percentages of improper or defective assignments and endorsements Foreclosure Defense attorneys are finding in cases, a high percentage of these judgments are being granted based on improper evidence.

An even bigger problem is being created because apparently courts across the state are not following an important Rule of Judicial Administration that prohibits case evidence from being removed from the court file and case law dealing with negotiable instruments that demands these negotiable instruments be surrendered to the court after judgment.   These requirements are addressed in the recently issued Appellate Court Decision from the Fourth District, Johnston v. Hudlett.

Attached D’s Motion to Preserve Evidence in Court File – 4-8-10 here is a copy of a Motion I made and recently filed here in Pinellas County.   Courts simply should not be granting summary judgments of foreclosure based on the overwhelming weight of evidence we’re seeing from around the country which establishes a pattern or practice of improper behavior on the part of lenders and their attorneys.

Importantly, courts should not be releasing the evidence after the fact. I’ve drafted correspondence to the Chief Judge of the Sixth Judicial Circuit with the respectful request that the judge enter a standing Order prohibiting the clerks from releasing evidence after judgment.